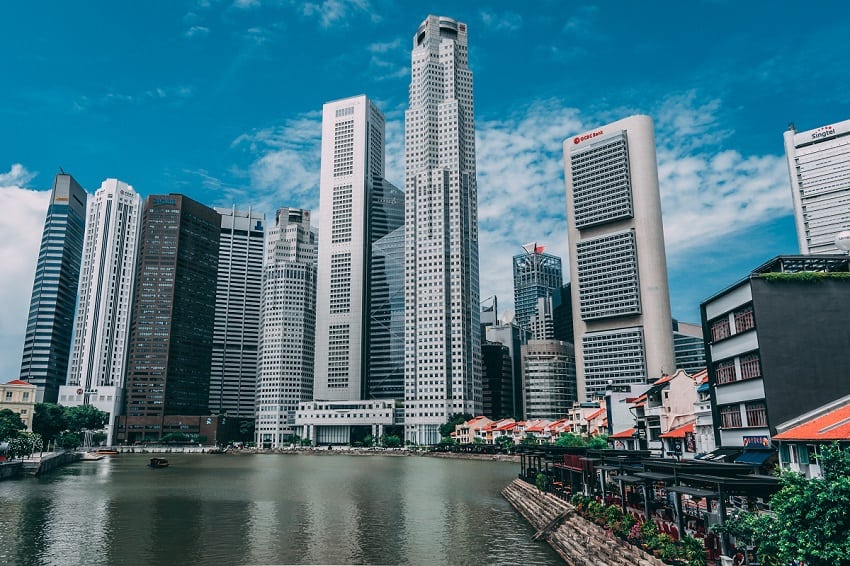 The Budget 2018 speech of Singapore’s Finance Minister Heng Swee Keat had three core themes: (a) praise for the strong economic performance in 2017, (b) the major budget changes that foreshadow long term trends and (c) the government’s plan to increase spending in order to create a better future for the country.

Overall, the government has proposed a fair and well-balanced budget with the following changes that impact Singapore businesses.

The big news in the Budget speech was the announcement that the goods and services (GST) tax will increase from 7 to 9 percent sometime between 2021 to 2025. Furthermore, GST will extend to digital goods and services, such as software and app downloads, and consumer services such as Netflix and Spotify. Business to business services offered by firms outside of Singapore like marketing and accounting services will also be subject to GST.

While the increase in GST may affect businesses with decreased consumption, economic experts believe that the early announcement will help reduce the impact of the tax increase as firms have more time to prepare. In fact, the early announcement could give a temporary boost to businesses most affected by the increase, such as the retail industry, as consumers look to buy prior to the tax hike.

Similar to its approach for the GST increase in 2007, Singapore will cushion the GST increase by providing support for lower and middle class. As Minister Heng stated “First, we will continue to absorb GST on publicly-subsidised education and healthcare. Second, we will enhance the permanent GST Voucher (GSTV) scheme when the GST is increased, so as to provide more help to lower-income households and seniors….Third, we will also implement an offset package for a period to help Singaporeans adjust to the GST increase.”.

It is worth keeping in mind that even at 9 percent, Singapore will still have one of the lowest GST rates in Asia.

The GST increase will fund government expenditures as the Singapore government prepares for increased government spending, which could open new opportunities for Singapore companies in the following industries:

Over the next decade, the government expects total healthcare spending to increase from 2.2% of GDP to 3% of GDP, which equates to S$13.5 billion in today’s dollars.

Finance Minister Heng highlighted that within the next five years, Singapore will build six new general hospitals and several new community hospitals, clinics, nursing homes and elderly care centres. The government will also continue to invest in new medical technology to improve the quality of care.

In the coming decade, Singapore plans to undertake several major infrastructure projects including redeveloping various sectors of the city and updating aging water pipes. In addition, the government will undertake projects that will improve Singapore’s transportation infrastructure.

Singapore has already set aside S$4 billion to partially fund construction of Terminal 5 at Changi Airport. Similarly, the Rail Infrastructure Fund will receive an initial injection of S$5 billion in 2018 to extend Singapore’s rail line by 100 kilometers and build the KL-Singapore High Speed Rail connection.

In the last year, it’s estimated that Singapore spent S$12.8 billion on education. As Singapore invests more per child, spending on education will continue to be a major component of the country’s budget into the next decade. By 2022, Singapore will spend S$1.2 billion on pre-school education, doubling the current spending on such education.

Schemes to Help Singapore Companies in the Short Term

Note that even with the adjustment, the effective corporate tax rate on the first S$100,000 of taxable income will be 4.3%.

Under the current PTE Scheme, qualifying companies are given a 75% tax exemption on the first S$10,000 of chargeable income and a 50% exemption on the next S$290,000. The scheme has been extended with an adjustment that will take effect starting YA 2020.

To help companies cope with wage growth, Finance Minister Heng announced that the WCS will be extended for an additional three years. Initially launched in 2013, the WCS co-funds an employee’s wage increase.

Minister Heng emphasized the need for Singapore companies to embrace innovation: “With the rapid pace of change and greater competition, we must make innovation pervasive throughout our economy. Firms in every sector and of every size need to embrace innovation, and make the best use of new technologies as a competitive advantage.”

The goal of PSG is to help companies adopt pre-scoped, off-the-shelf technologies that help businesses improve their productivity. Under PSG, companies will receive funding support for up to 70% of qualifying costs of adopting new technologies.

Starting April 1, 2018, Singapore companies can apply for the PSG through the Business Grants Portal (BGP). Through the BGP, businesses will be allowed to select from a list of equipment and technology solutions that are relevant to their sectors.

Starting in April 2018, SPRING and IE Singapore will merge to form Enterprise Singapore. The new organization will help Singapore companies move into international markets, develop greater capabilities and compete both locally and abroad.

During YA 2018 and 2019, EDG will provide funding support for up to 70% of qualifying costs for companies that want to build deep capabilities, scale-up, and expand into global markets.

To encourage companies to form strong partnerships with other companies, both locally and abroad, Singapore will integrate various partnership support grants into the new PACT scheme.

Under PACT, companies will receive funding support of up to 70% for costs incurred while collaborating with other businesses.

In 2018, the National Research Foundation (NRF) and Temasek will launch an NRF Temasek IP Commercialisation Vehicle. The new investment venture will help companies turn publicly-funded research into viable businesses. According to Finance Minister Heng, at least S$100 million will go into the fund with the Singapore government contributing S$50 million and Temasek contributing S$50 million.

With the Budget 2018 announcement, the government has taken a strong step forward to keep its books balanced while supporting Singapore companies.

Government spending initiatives will provide new opportunities for businesses in key industries. Furthermore, the extension of tax schemes will keep taxes low for startups and SMEs and lastly, new grants and investments that support innovation will help Singapore companies stay at the forefront of the global economy.