How is Foreign-Sourced Income Taxed in Singapore?

This article covers the tax treatment of foreign-sourced income in Singapore.

Companies in Singapore are taxed on:

1) Income generated directly from activities of the Singapore company; and

This article clarifies the rules regarding the tax treatment of foreign-sourced income in Singapore and covers the following topics:

How to Obtain Work or Family Visas for Singapore

What is Foreign-Sourced Income?

The Inland Revenue Authority of Singapore (IRAS) generally defines foreign-source income as profits that arise from a trade or business carried on outside of Singapore (generally through operating subsidiaries in other jurisdictions). This includes profits derived from investments (such as dividends) from holding shares in foreign based companies, interest income or rental income, income earned from royalties, premiums and other profits from foreign operations.

How is Foreign-Sourced Income Taxed?

Following categories of foreign-sourced income can be tax-exempt subject to meeting qualifying conditions as listed further below:

Qualifying Conditions for Tax Exemption
Under Section 13(9) of the Income Tax Act, tax exemption will be granted for the above foreign-source income when all of the following three conditions are met :

More details of the above topic can be found here.

By default, no specific documents are required to claim the tax exemption (although IRAS has the right to ask for justification and evidence on demand). IRAS only requires companies to include the following information on their income tax return:

In order to take advantage of the “subjected to tax” condition, a company does not have to submit any supporting documents with its income tax return. However, the following documents should be retained in the company’s records:

Do you qualify for any incentives?
Singapore's government offers many incentives for companies in the form of grants, tax incentives, equity participation, loans, etc. You shouldn't leave this money on the table.
Try MatchME™
Match with incentives you qualify for
Discover Singapore government incentives that are available to your company — matchME™ is free to use, there is no catch. It knows the latest incentive programs and their requirements. It will find the ones that are suitable for your company and then our team can help you apply for them.

To prevent double taxation on foreign income, Singapore has signed numerous Avoidance of Double Taxation Agreements (DTAs) with an extensive network of countries. Furthermore, if a foreign jurisdiction is not covered by a DTA, Singapore provides a Unilateral Tax Credit (UTC) for income sourced from such jurisdictions.

Under a DTA or UTC, companies can claim a tax credit on income that was taxed in a foreign jurisdiction, therefore, reducing or eliminating the taxes paid on such income in Singapore.

Note that double tax treaty benefits are available to Singapore resident companies only. 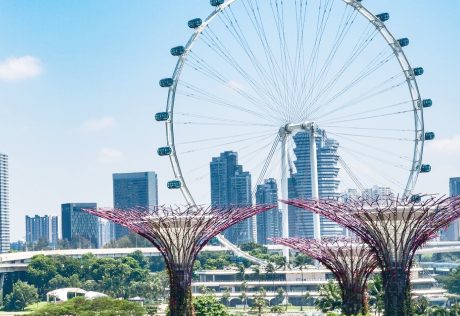