This article will highlight the important provisions of the Indonesia-Singapore DTAA and the last changes introduced in the DTAA. The amended agreement is expected to benefit businesses in both countries and boost bilateral trade and investment flows between them.
Explore Services
Read Guide 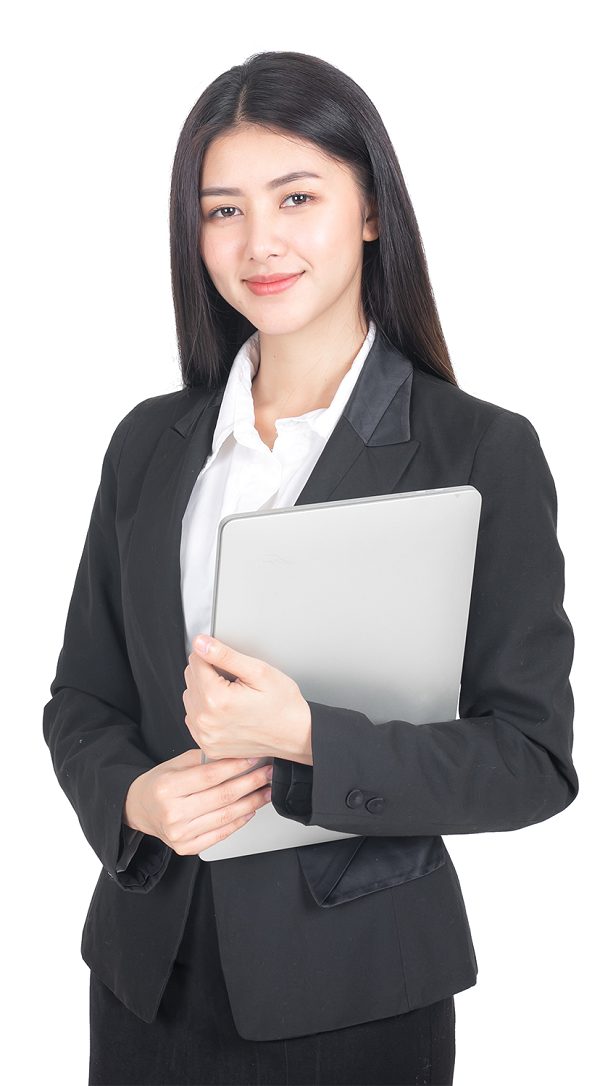 This article covers the following topics: 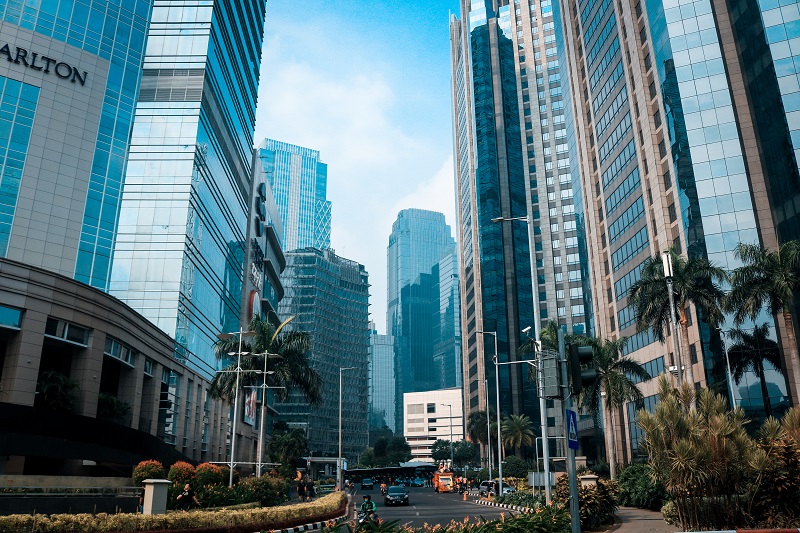 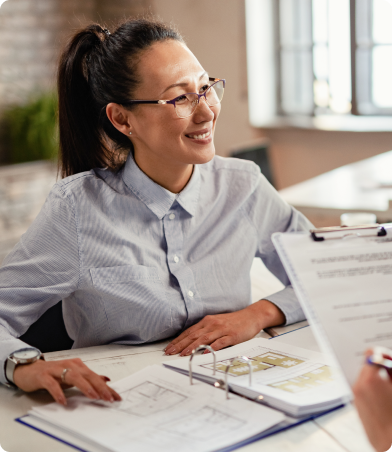 Why the Indonesia-Singapore Double Tax Treaty?

DTAA serves to relieve the burden of double taxation of income that is earned in one jurisdiction by a resident of the other jurisdiction. In 1990, the first Singapore-Indonesia Agreement for Avoidance of Double Taxation (DTAA) was concluded.

In February 2020,  Singapore and Indonesia have signed the updated agreement on the elimination of double tax and the prevention of tax evasion. The new DTAA came into force in January 2022.

Given the broad and enduring economic ties between Singapore and Indonesia, the implementation of the updated Singapore-Indonesia DTAA is a welcome step towards more effective tax administration between the two countries.

We Have Helped Thousands Register Companies In Singapore

Talk to an Expert

Scope of the Tax Treaty

The Singapore-Indonesia Double Tax Agreement (DTAA) applies to all residents (individuals and legal entities) of one or both countries. Therefore, if you are a resident of Singapore, Indonesia, or both, then you can avail the provisions of this DTAA.

According to Article 4 of the DTAA, the term "resident of a country" means any individual, company or other legal entity that, under the laws of that country, is subject to taxation in that country due to his or her domicile, residence, place of management, place of head office, or place of incorporation.

If according to the above definition, an individual taxpayer can be considered as a tax resident of both countries then the taxpayer’s primary residency status will be determined according to the following rules in order of decreasing priority:

With the changes, in the current DTAA, the tax residency status can also be applied for permanent establishments that are treated as residents for tax purposes.

The DTAA comprehensively covers tax on all types of income in Singapore and Indonesia.
The Singapore-Indonesia DTAA specifies the tax rates applicable to various types of income that flows from one country (Country A) to the second country (Country B). For example, in the case of interest income, the specified withholding tax rate in the DTAA is 10%. This is very beneficial for taxpayers of both countries since the withholding tax rate on interest in Singapore is 15% and the corresponding tax rate in Indonesia is 20%. Provisions like this are designed to encourage cross-border trade and income flows between the two countries.

What Taxes Will I Owe Under the Indonesia-Singapore Double Tax Avoidance Agreement?

The approach for avoiding double taxation of interest income is similar to that for dividend income described above. Interest is taxed in the country where the recipient of the interest income resides.

However, in some cases, such interest may be taxed in the country in which it arises (i.e. Country A). For these situations, the DTAA establishes an upper limit as follows. If the beneficial owner of the interest income is a resident of Country B, the tax charged by Country A shall not exceed 10% of the gross amount. Without the treaty, the withholding tax rate for interest income paid to non-residents is 15% in Singapore and 20% in Indonesia. Under the DTAA, the withholding tax on interest in both countries is only 10%.

Notwithstanding the previous paragraph, the Government, the Central Bank, or any other government institution of Country B will be exempt from tax in Country A in respect of the interest income received from Country A.

As a rule of thumb, royalties are taxed in the country of the recipient's residency.

According to the New DTAA, in some cases royalties may also be taxed in the country where they arise, i.e. Country A. In such situations, the DTAA establishes upper bounds on the tax payable as follows. If the recipient is a resident of the other country, i.e. Country B, the tax so paid to Country A shall not exceed:

Without the treaty, the withholding tax rate on royalties paid to non-residents in Singapore is 10% while in Indonesia, the tax rate is 20%.

It is notable that in the Old version of the agreement, the withholding tax on all types of royalties was 15%.

Capital gains were not regulated in the Old DTAA agreement. The provision has been added to the New DTAA and is amended in accordance with the Organization for Economic Cooperation and Development (OECD) model.

Please take into consideration that capital gains derived by an enterprise of a country from the sale of ships or aircraft operated in international traffic shall be taxable only in that country i.e. the country where the enterprise is based.

Finally, capital gains resulting from the sale of any property other than of the type described above shall be taxed in the country where the seller is a resident.

It is worth noting that in the earlier version of the DTAA there were no provisions regarding the allocation of the taxing rights on capital gains.

Comparison: Provisions of the Old and the New DTAA

The new version amends regulations regarding cross-border tax rates and supersedes the general tax rates specified by the laws of either country. It also incorporates internationally-agreed standards to counter abuse of the provisions of the treaty by unscrupulous taxpayers. Finally, the updated agreement tax provisions strengthen the attractiveness of Indonesia as an investment destination for Singapore-based investors.

Also, under the updated DTAA, following the OECD Model Tax Convention standards, the tax authorities must disclose all the information about taxpayers requested by their foreign colleagues if they do not have a sound reason for rejection.

Type of income or payment

Where it is taxed: the Old DTAA

Where it is taxed: the New DTAA

Taxed in the state where the property is situated.
The provision did not change.

Taxed in the country where the company is managed and controlled.
The provision did not change.

Taxed in the country where the PE is situated and carries out its business, but only on the amount attributable to that PE.

A branch profits tax may be also imposed on the after-tax profits of the PE, which shall not exceed 15% of the amount of such profits after deducting income tax.

Taxed in the country where the PE is situated and carries out its business, but only on the amount attributable to that PE.

Reduction on branch profits tax (on the after-tax profit of a permanent establishment) to 10%.

Profits from shipping and air transport

Profits derived from the operation of aircraft in international traffic by an enterprise that is resident of Country A, shall be taxable only in Country A.

Profits derived from the operation of ships in international traffic by an enterprise that is resident of Country A may be taxed in Country B, but the tax imposed in Country B shall be reduced by 50%.

The provision did not change.

Taxed in the country where the recipient resides.
The provision did not change.

Taxed in the country where the recipient resides.
The provision did not change.

The capital gains are not covered by the old version of the DTAA.
Taxed in the country where the property is located.

Taxed in the country where the recipient resides unless the employment is exercised in the other country. However, there are some exceptions.
The provision did not change.

Taxed in the country where the company (paying the directors’ fees) resides.
The provision did not change.

Income of artists and sports persons

Pensions and other similar remuneration (including any annuity)

Taxed in the country in which such remunerations in respect of past employment arise.
The provision did not change.

Taxed by the government of that country unless the individual is a national of the other country where he or she performs the services.
The provision did not change.

Payments to students and trainees

Exempt from tax in the country of education on:

Payments that a student or trainee receives for the purpose of his or her maintenance, education, or training are not taxed in the country of education (Country A) if:

Income (wherever arising) that cannot be included in the above-mentioned categories shall be taxable only in the country where the recipient resides.

Protect Your Income From Excessive Taxation

To effectively grow your business and maximize profits, it’s essential to understand the tax benefits available to you and your business. If you’re considering incorporating your company in Singapore, CorporateServices.com can help you navigate the process by helping select the correct corporate structure that will minimize your taxes while fully complying with all government laws, regulations, and DTAAs.
Get Started
Explore our Services

“Permanent establishment” (PE) means a fixed place through which the business of an enterprise is wholly or partly carried on. PE includes a place of management, office, factory, workshop, farm, plantation, places of extraction of natural resources, such as mines, quarry, oil wells, etc. Any building site or construction, assembly or installation project constitutes a Permanent Establishment only if it lasts more than 12 months.

If the recipient of the dependent personal services income is a resident of Country B and carries out his services in Country A, the income will be taxable only in Country B if all of the following conditions are met:

The Most-favoured Nation Clause (MFN) prevents the two countries from freely changing product sharing contracts (PSC) as the clause requires a country to provide all WTO countries with the same privileges, concessions, and immunities. In other words, the MFN clause ensures equal treatment for all WTO members in the taxation of production sharing contracts and contracts of work related to oil, gas, and mining.

The ‘Most-favored Nation’ (MFN) clause has been removed in the New DTAA. Due to this, Indonesia and Singapore will be able to negotiate exclusive trading privileges and customized terms of the product sharing contracts (PSC), making the process more flexible and mutually beneficial.

A full copy of the agreement can be accessed at the Singapore government website.
Get Started 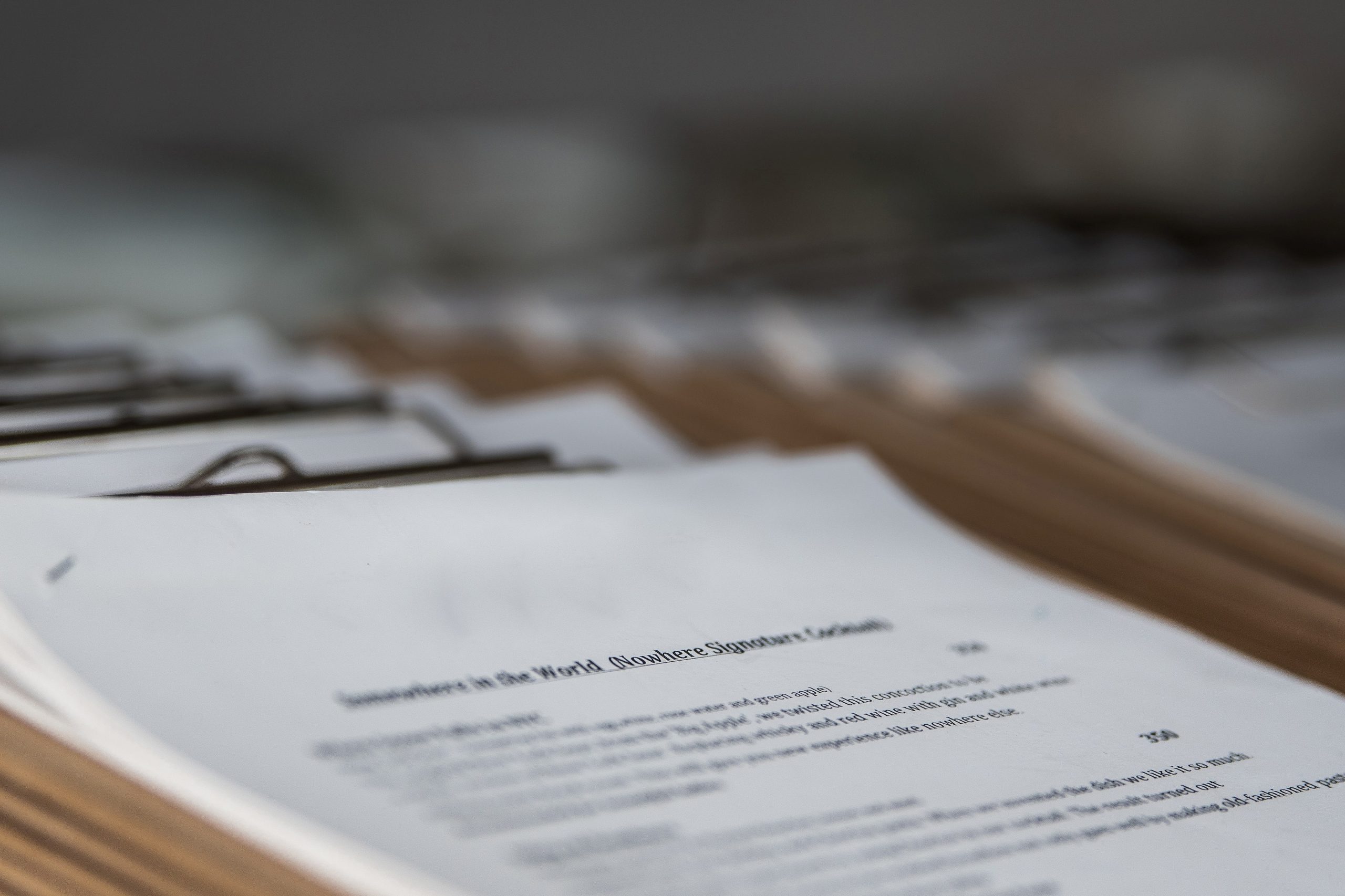 To prevent double taxation, Singapore has entered into Avoidance of Double Tax Agreements (or DTAAs) with an extensive network of countries. 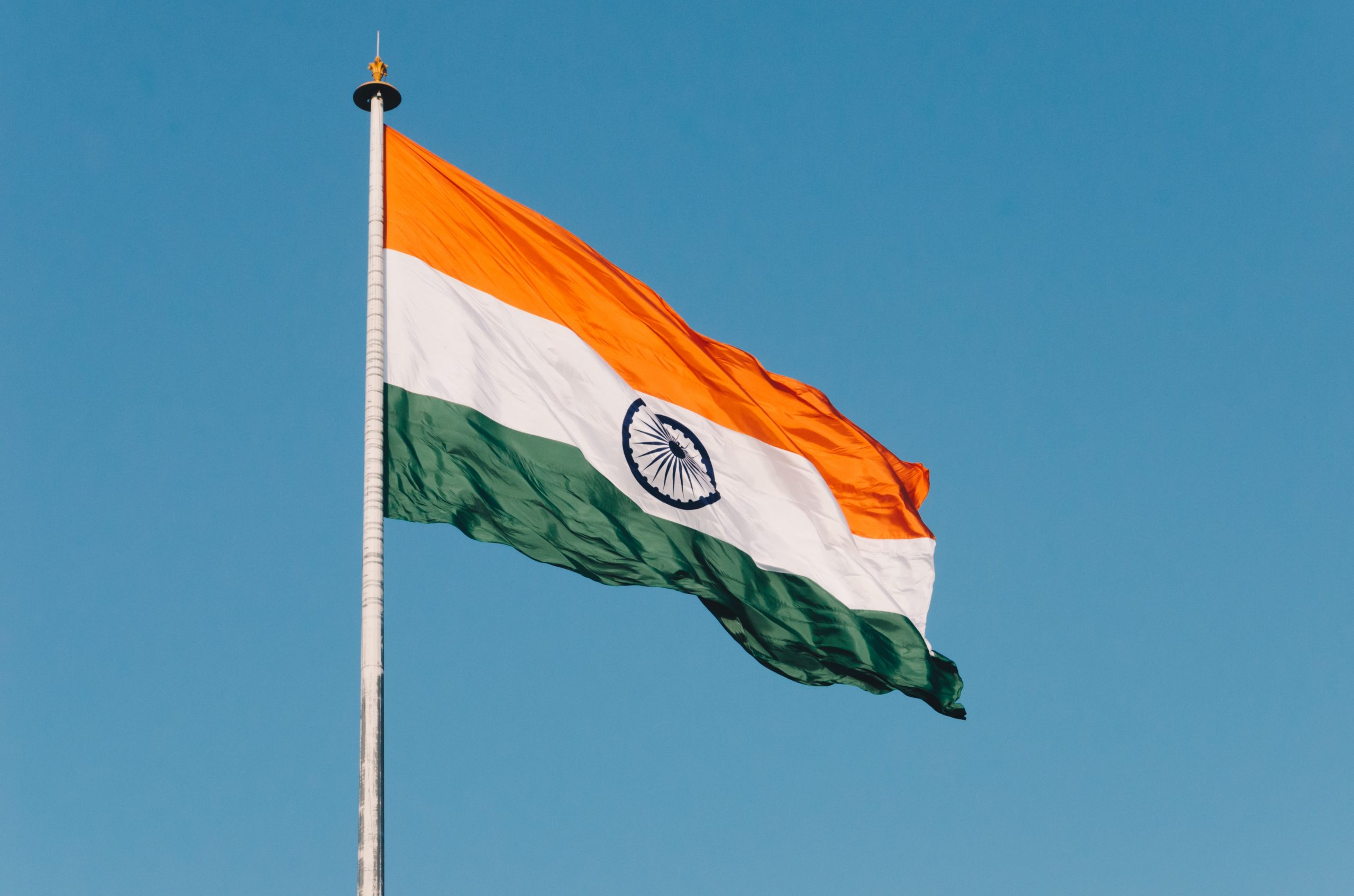 Singapore-India DTAA promotes reductions in tax rates for businesses and individuals. If you’d like to learn about this tax agreement, read more. 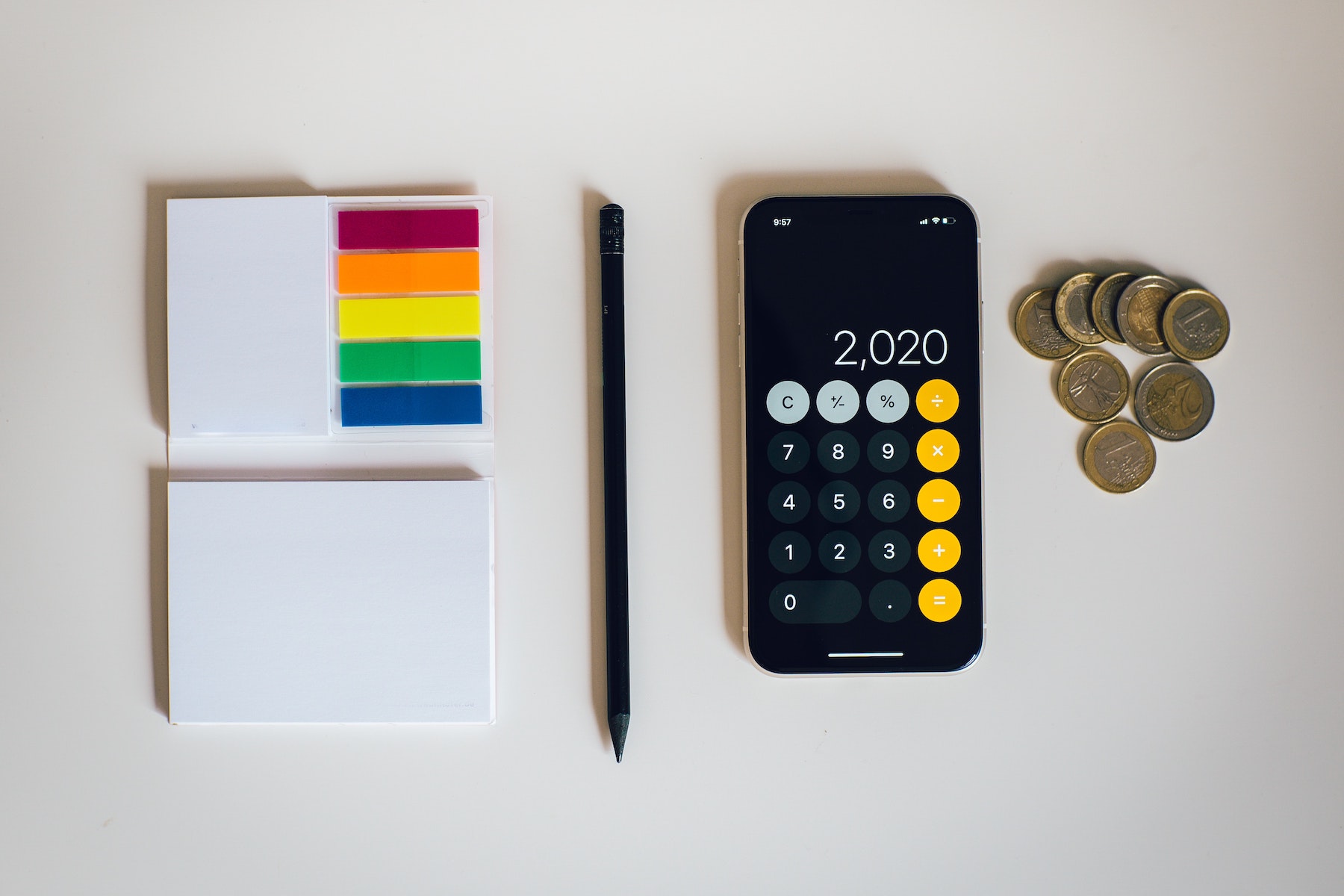