This article will describe what is founder's stock and outline the benefits as well as potential pitfalls of holding founder’s stock in a new Singapore company.

If you and your co-founders have begun exploring a new business idea, before creating a company, consider establishing a proper strategy for allocation of your company’s equity. When company founders invest money or intellectual property in their business, they usually receive so-called "founder's stock" — a type of stock that carries unique rights with respect to voting, control, and distribution of profits.

Below we’ll discuss the benefits as well as potential pitfalls of holding founder’s stock in a new company incorporated in Singapore.

How to register a new company in Singapore

The article covers the following topics:

What is founder's stock?

Founder’s stock isn’t a legal term; it simply describes shares issued to early participants in the formation of the company. It could refer to people who initially founded the company, early directors, employees, or anyone else who was involved in transforming the idea into a company.
The main difference between ordinary stock (also called common stock) and founder’s stock is that the latter can only be issued at face value (i.e. the original cost of the stock), unlike common stock sold on the secondary market. Founder’s stock is basically a low-priced common stock issued to early founders, who have purchased shares of common stock from the company at a nominal price in exchange for some small cash payment and/or some initial assets related to the business (e.g. the business plan, soft or hard IPs related to the idea, etc.).

Let’s assume you incorporated a company with two other co-founders. Each of you invested USD$5,000 upfront, receiving a million shares in exchange. As all three founders are equal, the company’s value is USD$15,000 and each owns one-third of the company. As each owns one million of the three million total shares, the price of one share is just USD$0.005.
Preference shares are generally issued to later investors, who usually pay a higher price per share. In exchange, they are paid out first if a company goes bankrupt and liquidates. Ordinary shareholders will not receive money until the creditors, bondholders, and preferred shareholders are paid. Also, one of the biggest appeals of preferred stock is the ability to pay fixed dividends, which are usually payable before any common stockholders receive dividends.

The pros of owning founder’s stock

Often early workers tend to get a stock in newly-incorporated companies at the initial stage, often in the form of stock options or restricted stock units. They aim to receive these shares at a moment when a company has little value and reap the benefits when the company becomes successful.

With the founder’s stock structure, companies can provide leveraged compensation for the founding team, which will encourage them to create a successful business with you. Giving a part of the equity in the business can be a way of attracting experienced people and encouraging them to stick with you while your business grows. The more successful the business becomes, the higher their potential compensation.

Singapore’s workforce is consistently ranked as among the world’s most competitive, highly educated, and skilled. But before using your company’s equity in this way, you should carefully consider and structure the distribution of equity in your company to prevent founder’s stock from being given out too cheaply, and explore other legal issues that may affect the business or employees.

In most cases, the company issues a large percentage in founder’s shares, and usually it isn’t worth much initially. The real value of founder’s stocks is in their future potential. This is common with startups because the new company has not really started to do business yet and presumably has little value.

As founder’s stock represents a company's original stock holdings, it has the potential to yield the highest returns of any future award of equity, in the form of capital gains. If a company becomes successful, holders of founder’s stock will see the highest profit, as they acquired the stock at its cheapest price.

Therefore, consider a forward-looking strategy to be sure you don’t lose your hard-won profits to high tax rates. You can do this by incorporating in a tax-friendly country like Singapore, where there is no tax on capital gains and dividends. This means the company’s founders, when selling their equity, will not have to give up a large chunk of their payout to taxes.

Chance to buy back

One favorable characteristic of founder’s stock is that it usually comes with a vesting schedule. This helps protect the company’s equity and prevent parties who are no longer in the business from retaining control over the company, as it is quite common among newly-incorporated startups that some founders leave the company during the first few years, voluntarily or otherwise.

A vesting schedule is a predetermined time frame during which the person gains full ownership of the founder’s stock. Basically, when a company’s equity is given out on a vesting schedule, the recipient has no real ownership over the shares until the vesting period has elapsed. So, if the founder leaves the company before the stock is fully vested, the company or other founders have the right to buy back unvested shares at a nominal price. Often, the company takes major priority before the founders or investors.

These provisions are a useful tool for controlling ownership of the founder’s stock and help discourage founders from leaving the company in its early stages. Meanwhile, other company founders can maintain their percentage of ownership in the company. To avoid possible disputes, vesting provisions and “buyback” rights should always be captured in a written contract.

When it comes to payouts, of course, founders want to be as close to the front of the line as possible, because their position in the payment queue will define how much they will pocket in an exit if the company is not successful.

Quite often, founder's stock in a company is divided equally between the partners. However, equitable allocation does not necessarily mean equal allocation. A founder’s equity should be spread among founders proportionately to their ongoing role or investment in the company.

However, even if your company’s equity was initially allocated equitably, the “free rider” issue may arise when one of the founder stockholders is no longer contributing substantially  to meet the company’s ongoing needs and not tending to the growth of the business on a daily basis, while other co-founders are working hard and putting in a lot of time.

This is a particularly complicated issue if the founder’s shares were being fully earned by the recipient at the time they were granted, as founder stock can’t be reallocated in this case, even if the founder leaves or stops contributing to the business. “Free riders,” in turn, have a great interest in not leaving the company when they essentially can expect to be rewarded despite their lack of work. This can create a grave problem for your business. There are solutions to this problem (such as issuing new equity) that you should discuss with your corporate services provider.

If you want your company to grow, you will need to raise funding and disburse equity. Founders are typically hesitant to give up the power they’ve worked so hard to earn. Surely, by preserving all of the founder’s stock, founders think they can maintain full control over the company and avoid dilution of their equity. However, maintaining equity in the company out of a fear of losing control can be a short-sighted action.

There are certain strategies you can leverage to remain in control of your company. Founders can control a business even if they own only a small percentage of it. Stockholder agreements and other contractual arrangements can stipulate that decision-making authority is given to appropriate persons, disregarding the company’s actual ownership. So you should consider reallocating founder’s shares based on an approach that maximizes the number of your remaining controlling shares.

The most important fact to keep in mind about share ownership is that as the value of the company increases, one's share of that value also increases. So it is always better to own 1% of a billion-dollar company than 100% of a small business. Bill Gates now holds as little as 1.3% of shares in Microsoft (worth around U$16 billion), which made him one of the richest persons in the world.

Various high-profile companies use dual-class share structures that allow founders to retain effective control despite not holding a majority of shares. Lyft’s co-founders, John Zimmer and Logan Green, own only 7% of the company’s stock. Still, they managed to retain control over the company after its IPO filing. Other examples of using "super-voting" shares — shares that basically give more votes than a regular stock — are Mark Zuckerberg and Evan Spiegel, who managed to maintain control after their companies went public, even though they are no longer majority shareholders.

Keys to managing the founder’s stock in a new company

Entrepreneurs always face challenges with managing founder’s stock that should be addressed right at the beginning of the company incorporation. Below are some useful pointers that can save a founder time, money, and frustration.

Our team will be glad to help if you need any assistance on how to structure your business in Singapore. Contact us for more information.

To understand whether dispensing founder’s stock is advantageous to the company, consider future tax implications. Some startups pay their founders almost totally in stock. This payment structure definitely provides tax benefits; compensating founders with higher salaries instead means the payments are subject to ordinary income tax rates. Profits derived from the buying or selling of a founder's stock are treated as personal investments and in most countries are taxed at lower rates. However, this is not necessarily the case in all countries. For instance, in USA equity can be considered ordinary income in certain situations (such as option exercise).

Note that any appreciation in the founder’s stock is a deferred capital gain. When the founder’s stock increases in value, this enhancement is not immediately taxed as ordinary income but instead will be taxed as capital gains only when the stock is sold. One strategy to derive value from the appreciated stock is to obtain a loan against it. That is a very tax efficient strategy as no tax is to be paid on the loan amount, rather the interest paid can be treated as an expense. Elon Musk and Jeff Bezos have used this approach very aggressively. Talk to your corporate service provider to understand if this approach may be suitable for you.

Singapore does not impose taxes on capital gains. Moreover, if the founders retain their stock until their death, their heirs can sell the stock without paying tax on any of the accrued gains. In effect, this means the founder’s gain is tax-exempt in Singapore, if properly planned. 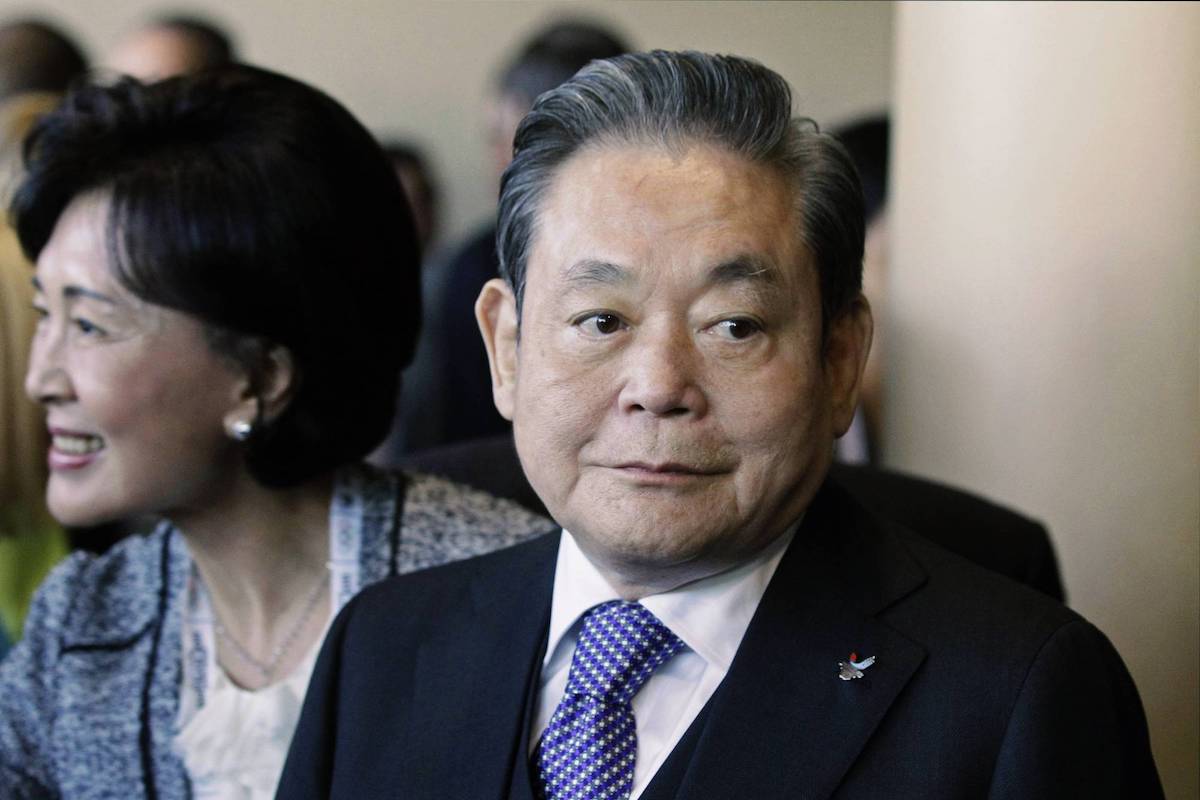 Avoid the US$10 billion mistake the Samsung founder made

Tax tips for a foreigner starting a company in Singapore 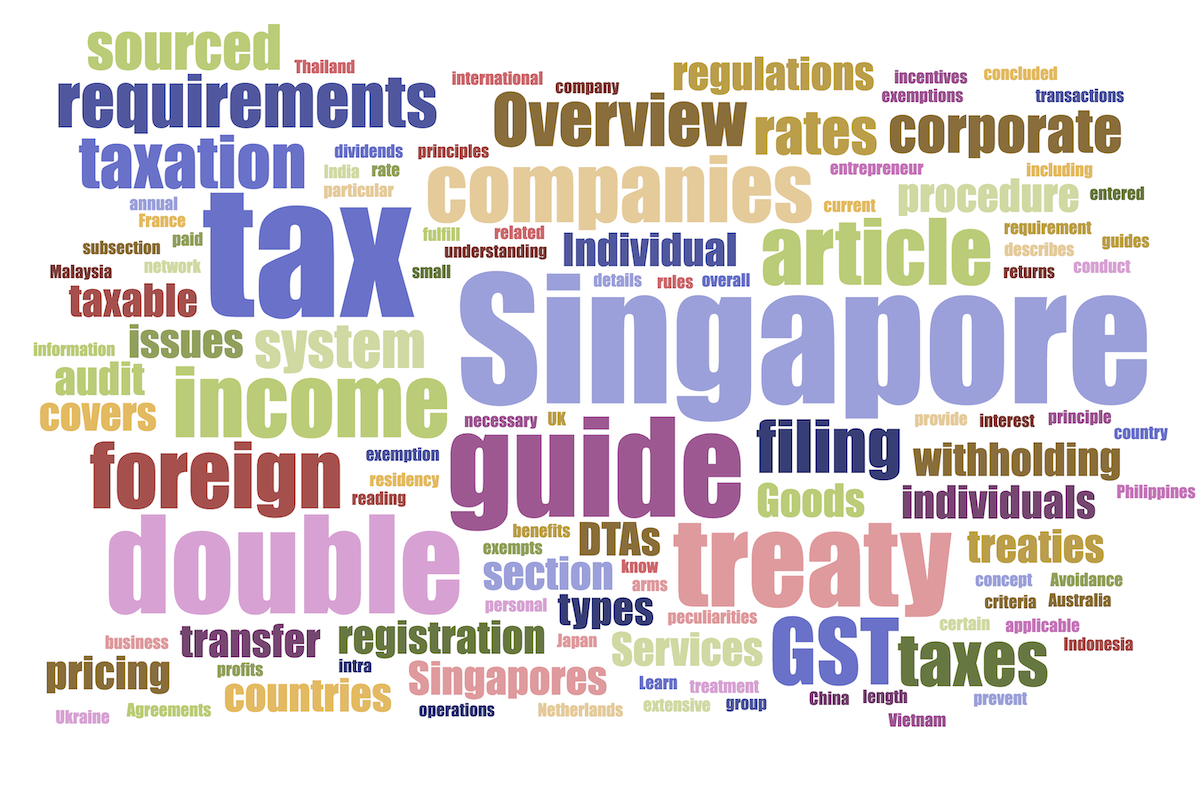 Founder’s stock is compensation for the founders’ hard work and dedication. Founder’s stock can be an effective mechanism to address many issues that often arise with newly incorporated companies. But you should consider it with caution as it has some pitfalls too. Understanding the unique feature of founder’s stock, its tax implications, and other factors can protect founders from headaches down the road. If you require professional advice on share issuance or assistance with your company incorporation in Singapore, our team will be glad to help with these questions and any other compliance matters.